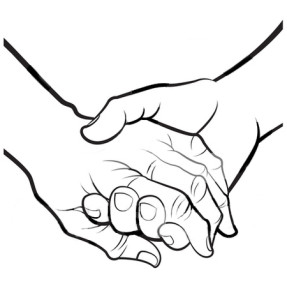 “The expression (familia) was invented by the Romans in order to designate a new social organism, the head of which had a wife, children and a number of slaves under his paternal authority and, according to Roman law, the right of life and death over all of them.” Philip Janison, “Sybil Leek and the Nuclear Family” Radicalqueen #5, 1974.

How well I remember those good old days of queer political manifestos written in a favorite hangout or the livingroom floor of a companero’s dusty Bohemian apartment. They served as our primary means of communication with each other and to a lesser extent with the outside world.

In the early 70s, I was involved with several queer groups, among them Radicalqueens, a Philadelphia transgender collective that viewed “gender as a primary source of oppression.” The group had a rocky relationship with the post-Stonewall, mainstream gay-rights movement (as opposed to gay liberation) that in many ways was looking to assimilate into the dominant culture.

Radicalqueens was in the forefront of questioning not only why boys and girls are assigned different and unequal tasks in our society, but also the very existence of such cherished institutions as marriage and the nuclear family. In our often controversial magazine, Radicalqueen, we as a collective espoused the not-so-new idea (Marx and Engels beat us to it) that marriage and family were the means society used to control behavior, sexual and otherwise.

To wit: “We can trace all power systems, all invidious economic relations and even the fact of oppression itself to the prototype in the subjection of women in the family.” (Janison, Radicalqueen #5)

So I find it perplexing that 30 years later we have a gay rights movement wanting nothing more than to perpetuate its own version of the nuclear family via gay marriage. This push for the lavender picket fence has spread like wildfire across the country ever since San Francisco mayor Gavin Newsom, not to mention the Massachusetts State Supreme Court, gave the nod to issue marriage licenses to queer couples.

The San Francisco City Hall marriage scene was a glorious event, no doubt about it. In just a few weeks, over 4,000 queer couples (including comedian Rosie O’Donnell and her girlfriend Kelli Carpenter) tied the knot before a court injunction filed by right-wing religious groups put a halt to the largest act of civil disobedience the city has seen in a long time, perhaps in its entire history.

As much as I celebrated the weddings, though, I often found myself wondering what in the world we as a community were doing. I have nothing against anyone getting married. If this institution is going to exist, it should be open to everyone. The same goes for gays in the military. I am opposed to the very concept of an armed forces. Since the Vietnam War days I have worked to change the world so that armies will one day be obsolete. But I will defend someone’s right to participate in either institution.

A lot of benefits come with both military service and legal marriage. Working-class kids get a chance at an education and job skills in the military, as unfortunate as it is that they have to learn to kill in order to do so. Married couples receive over a thousand rights that single folks don’t have. Why should married people gain privileges that I as a single person do not have? What makes the act of saying “I do” so monumental that it should instantly bestow all of these benefits? A reward for those who fall in love and are ready to commit themselves to each other?

Marriage was never about love. Back in the days before Hallmark and soap operas, it was about property rights. That is, the right of a man to possess and control certain things: land, wife, children, and slaves, among them. The Roman word for family (familia) originally referred to a man’s collection of slaves. Later it was adapted to mean all of the man’s possessions, including property, wife, children, slaves, etc.

Unlike the song lyric, love and marriage don’t always go together. In America today, nearly 50% of all marriages end in divorce, a figure that’s even higher in California. The majority of missing children are abducted by partners in a messy breakup. A large percentage of child abuse (sexual and otherwise) occurs within the family. Then there’s domestic violence (two to four million women a year), the physical and emotional abuse of queer children, etc. Clearly marriage has not been an altogether civilizing force, as the right wing has been asserting since the gay marriage debate began.

What the institution of marriage and family has done effectively, as Engels and Marx observed over a century ago, is to enforce society’s conditioning onto children and produce generation after generation of loyal workers, churchgoers and fodder for the military excursions of a current government hell-bent on controlling oil and other natural resources throughout the world.

It’s not a pretty picture.

With gay marriage it may not get any prettier. Will parents now push their gay children to settle down and marry? Will the pressure to take the walk down the aisle force young queers to settle for Mr. or Ms Second or Third Best? Will queers who don’t marry be considered failures, just as my unmarried godmother was? “Poor thing, she never found the right man.” Objects to be pitied and whispered about. Will gay life transfer to the suburbs where the white house with the lavender picket fence is the acceptable style of life and cruising in parks and bars in the inner city the choice of “those other kinds of queers?”

Will divorce end half our relationships each year? Will we face alimony fights? Custody battles? Will our celeb split-ups make the front pages of the tabloids? Will our relationships be major storylines in the soaps: Juan and Joey, their tragic love story continues on All My Children; Sally and Moesha get married while Sally’s ex plans revenge, today on The Bold and Beautiful.

More importantly, will the establishment of gay marriage open up the institution itself so that people who are involved in threesomes and communal living arrangements can also be recognized legally as families? What about those living together who don’t want the marriage license?

I would feel more enthusiasm for the gay marriage movement if it stood with the struggle for national healthcare for all, as well as the fight for affordable housing through such means as community land trusts and limited equity coops, two ways to guarantee that the land cannot be speculated on, the major reason for the high cost of housing in this country. I would be less uncomfortable with the assimilationist aspects of gay marriage if the movement expressed support for workers (including queer ones) who are struggling for higher wages to support themselves or their families.

Unfortunately I suspect that when gay marriage is finally given the highest court’s stamp of approval, a majority of gay marriage advocates will slip off to their houses with the lavender picket fences to raise 2.3 turkey baster or adopted kids. For them, gay marriage is the end of the struggle and that’s fine. It’s still an important right to be won. For me, though, it’s a part of a larger movement that is about ensuring that all people in this country have guaranteed healthcare, housing, food, clothing and other necessities of life. It’s part of a human rights movement that will not end until the means of production belong to the workers and war is something children only know about from history books.

As gay liberationists in the 70s we advocated complete freedom to make love to the partner of one’s choice. We believed that relationships need not be restricted to just two people. We celebrated communal living, extended families, and other loving human arrangements. We felt strongly that government had no right recognizing or denying anyone’s relationship, that it should stay out of the business of marrying altogether. If only we had stayed that course.

With gays in the military we can have out queers torturing prisoners at Abu Ghraib. With gay marriage we can have our own Al and Peggy Bundy or Archie and Edith Bunker. We can be just like our parents.

It’s not my idea of progress.

originally published in I Do I Don’t, edited by Greg Wharton & Ian Philips, Suspect Thoughts Press, 2004