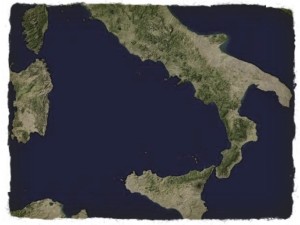 It might be surprising to learn that I am an Italian/American against Columbus Day.

I’m not a self-hating Italian. Quite the opposite. I couldn’t be more proud of my heritage. My family comes from Basilicata and Molise in il mezzogiorno (Southern Italy). They came here, as immigrants still do, to escape poverty and find work.

I was born and raised in the working-class streets of South Philly in the 50s and 60s, a time when Italians were still not considered completely white. As a kid, I endured being called “dago” and “greaseball.” I was told I had a Roman nose; “roams all over your face,” the kids would laugh.

Every October 12, I got to feel proud of my ethnic features and curly hair. I didn’t know much about Columbus, only that he was Italian and had discovered America.

In college, I learned a different story. Failing to find a new route to India, the sailor from Genoa “discovered” a land already occupied by millions of indigenous people. Columbus wrote of them in his journal, “They would make fine servants…With fifty men we could subjugate them all and make them do whatever we want.” He then claimed their land for Spain. He didn’t claim it for Italy, which was not even a country at the time.

His “discovery” led to the eventual death of 80% or more of the native populations from European diseases to which they had no immunity. Not to mention the murder of those who dared to resist the will of the conquistadors.

I never felt the same about October 12 again.

I decided to search for real Italian/American heroes. I studied the history of Italian immigration to this country, it was not a pretty picture. Those of us from Southern Italy were considered a separate race from Northern Europeans. Experts wrote that we would never amount to anything because we were innately inferior to Anglos. There were NINA (No Italian Need Apply) signs to greet us in store windows, and lynchings in the South (where racists saw us as no different than blacks).

During World War II, President Roosevelt approved a blueprint for internment camps for Italian/Americans. That plan was never executed, but thousands of Italians were relocated, imprisoned and harassed. The “secret history,” as it is called, of that period is memorialized in a museum exhibit (“Una Storia Segreta”) that has toured the country.

In the midst of my digging, I uncovered heroes: Ferdinando Nicola Sacco and Bartolomeo Vanzetti, two anarchists who were found guilty of murdering a pay clerk and security guard in Braintree, Massachusetts. International protests did not stop the execution of those men, despite the fact that the evidence was flimsy and during the trial, the judge called them “dagos,” a derogatory term for Italians.

There were the brave Italian immigrant women who helped organize the female garment workers in the sweat shops in New York. And of course Harlem’s amazing congressman, Vito Marcantonio, who pushed for civil rights for blacks in the 50s, Carlo Tresca, who was involved in the Italian Railroad Workers Federation and published two progressive newspapers, and Mario Savio, one of the founders of the free speech movement at Berkeley in the 60s.

Even the entertainment industry had its share of giants, such as Frank Sinatra who produced a music video in the 40s that promoted multiculturalism, and Tony Bennett, who marched with Martin Luther King in the South.

It’s time for Italian Americans to say goodbye to Columbus and embrace our proud history. Let us remember the workers, teachers, writers, artists, families, men and women, straight and LGBT, who give us reason to celebrate.

Let us also remember that in the past, Italian immigrants knew that their own advancement in this Anglo culture would only be achieved in solidarity with other oppressed groups. Today, many of us march with Latino workers, join gay pride marches, speak out for national healthcare, and fight against the gentrification and displacement of working-class people. We mobilize for social and economic justice. We see ourselves in the faces of those who are newly arrived in an America that has never welcomed immigrants.

Being proud to be Italian has nothing to do with Columbus.