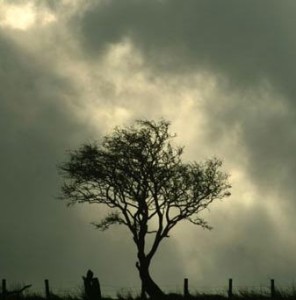 I’m sure that’s what many gay men would answer if you asked them about getting old in the queer community.

According to studies, queer seniors are poorer than their straight counterparts. With more and more cuts to programs that help them (budgets are never balanced on the backs of the 1%), seniors stand to get poorer and less able to fend for themselves. Queer seniors are half as likely to have health insurance, and two-thirds as likely to live alone, not to mention face discrimination in medical and social services, retirement homes, and nursing care facilities.

Many queer seniors who were out and proud most of their lives have to go back into the closet in order to avoid being denied services.

Then there’s the fact that queer seniors are considered over the hill and dismissed sexually and socially, just as they are in the straight community.

Unless they have money and power, the most powerful aphrodisiacs known to humans.

I never thought I’d get this old. In the 80s, when so many friends were being diagnosed with AIDS and dying quickly, I didn’t think I’d live to be 40. By the mid-90s when the cocktails started prolonging life for those with the disease, I considered myself incredibly lucky to have made it that far.

Now I wonder how lucky I really am. I don’t have much to look forward to in my “golden years.” Retirement? I don’t think I can ever fully retire, as much as I’d like to, after all I’ve done the nine-to-five routine since I was in my teens, why shouldn’t I enjoy my final years contemplating my navel or lying on some sandy beach enjoying the sight of all the ripped torsos?

I chose to work for nonprofits and businesses that reflected my political views, so I never earned tremendous amounts of money. No fancy vacations, extravagant purchases, or fabulous house with the lavender picket fence and a to-die-for boyfriend. Thankfully, I can look back at my work life and say that I contributed something worthwhile to society. But a good conscience doesn’t mean a hill of beans when it comes time to pay the rent or go grocery shopping with a Social Security check that doesn’t stretch far enough. Add on some sickness that needs constant medication and I could be seriously screwed. As so many other seniors are.

When I look at the agenda of the typical LGBT organization, I see nothing that reflects my needs as a senior: no lobbying for universal healthcare for all, no mobilizing against the cuts that are devastating services for elders, no advocacy for affordable housing or renter protections. Few cities have affordable senior housing slated for LGBT elders, and those that do, certainly don’t provide enough units to meet the need.

I came out at a time when gay sex was illegal, gaybashing was an honorable sport for members of the male macho persuasion, discrimination was seen as reasonable and right (after all, church and psychiatry, two sides of the same coin, categorized us as sick and perverted critters), and being queer was the absolute worst thing you could possibly be.

Yet getting old is the scariest thing I’ve faced in my life.