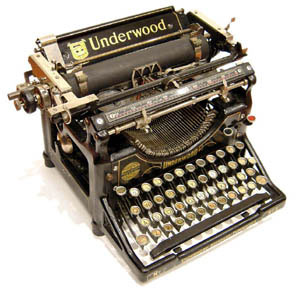 One of the first times I walked into a radical bookstore, I went to buy a copy of theThe Drummer, Philadelphia’s weekly alternative newspaper, featuring an interview with John Lennon and Yoko Ono and a nude photo of the controversial couple.

Lennon and Ono had just released their “Unfinished Music No. 1: Two Virgins” Lp, with a cover photo of themselves au naturel. It was banned from being displayed in record stores. Even behind the counter, it had to be covered in a plain brown wrapper. As if the sight of the naked human body was obscene.

It was 1968 and I was 17 years old. I was filled with the fire of a newfound radical consciousness. In my Catholic school history class, I did a passionate presentation condemning slavery. In religion class, I told the stunned “liberal” priest (who played Beatle records that he thought were in synch with Catholic theology) that I didn’t think I believed in god. He had me stay after school every day for the rest of the year and scrape the gum from underneath the tops of desks. I guess that was supposed to restore my faith. It didn’t, of course.

Lennon was my favorite Beatle. He was outspoken and didn’t seem to care what anyone thought of him. I wanted to learn guitar and write songs like “I Am the Walrus” and “Day in the Life.” I also planned to grow my hair as soon as I was free of Catholic high school, which had a rule that once my curly locks touched the back collar of my shirt, Vice Principle Father Cox could nab me from the hall and take me into his office to trim them. I had my curls shorn once or twice.

Robin’s was Philly’s “underground,” as it was called in those days, bookstore, meaning it sold not only radical political works, but also sexually explicit material. Walking into the place was a trip. It was old and smelled of worn books. I imagined the dust from Walt Whitman’s shoes still in the aisles.

I was nervous asking for the newspaper. What if the guy asked for ID? Fortunately, the guy behind the counter with the thick black beard and long hair didn’t seem to care. He took my fifteen cents and asked if I wanted a bag. I didn’t.

Robin’s became a favorite haunt of mine.

The greatest thrill of my young life was reading my poetry at Robin’s for the first time. I had just won a poetry contest at Temple University where I went to college to avoid the draft. I couldn’t believe it. To read where so many famous poets had sat.

I admit I was nervous. What if I didn’t measure up? Sure, I was an out queer man, a member of Gay Liberation Front, but what if that wasn’t a radical credential enough for the crowd gathered that night? I took a deep breath and began to let the words pour out.

I would read many times at Robin’s. Always feeling a great sense of history all around me. Always knowing that I followed a time-honored tradition of poets who dared to speak the truth that people didn’t want to hear.